Questions and answers: house projects we have going

I will try to answer questions in the order that they arrive. Today's question is this:

Question: How far are you with the home projects? Exterior ready, other activities on the go?

Oh boy. This question is such a wormhole I may end up writing a novel about it :D

At the moment the most on-the-go project is this: prepping a foundation for a woodshed. 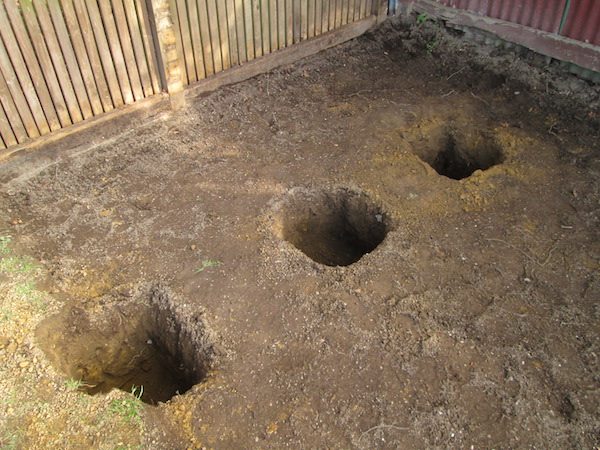 I've big digging up topsoil from where the shed will go and prepping holes for footings. In another 2 weeks we'll probably start looking at getting concrete, and then framing it with timber. Once finished, it will look similar to this - just without the chicken coop.

And THEN!, a game of tetris will start.


Basically, everything hangs behind a woodshed at the moment. I have pages upon pages of sketches me and my husband have gone through in planning the layout of our backyard, but whichever way we approach it, woodshed needs to go in first. 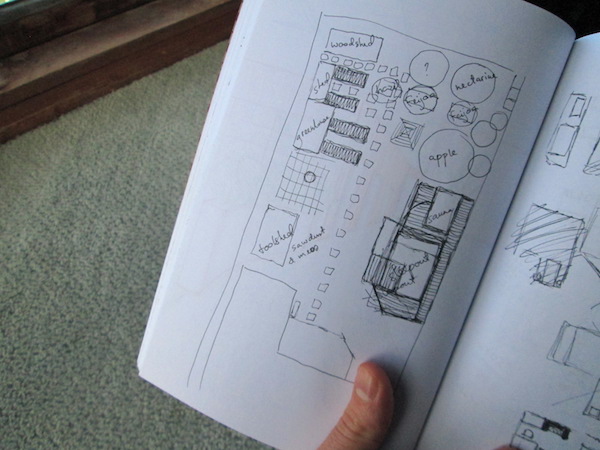 Timeline? I think woodshed will be ready for Christmas. Toolshed will probably be ready by July the next year. And then we'll start having visitors in the house. Well, space for visitors.

And whilst renovating the house is years away I think (realistically speaking, because... really), another interesting topic I want to share is that we've worked out HOW to renovate the bedrooms.

Our house is a 1920's brick bungalow. I don't know how much you know about New Zealand construction, but unlike most houses in Europe (which by the way does not include Britan, as they have their own thing going), standard New Zealand walls have a cavity inside them. Our house, for example: there is a layer of brick on the outside (non-loadbearing, so it doesn't hold up anything other than its own weight), then an empty space of about 50mm, and then it's 90mm timber framing which makes up the actual structure of the house. So whilst the house "looks like brick" on the outside, it's really a timber house with a brick exterior.

And at the moment, it's not a healthy house. There is no insulation inside walls. No vapour barriers.

We want to insulate the walls and lower the ceiling (ours is 3.1 m high), but you can't just slap insulation between the timber wall framing. If you did, instead of that 50mm empty space there would be an insulation "bridge" between brick and timber - moisture would start moving from brick onto timber. Not good.

(There is also a question of bracing, but I won't go into that for the moment. Instead, I want to share our solution.)

We'll make the new wall framing 2.4m high - considerably lower than current walls - and we're going to place a new ceiling onto that. As nothing in that structure will be load-bearing, then we won't have to disturb any ceiling joists, or bracing, nothing. We won't even need any building consents. It'll be like creating a new room inside an old room, but having it insulated and vapour-proofed, so it'll actually be healthy.

So in the future, if you had to climb into my house's roofspace, you would see a whole bunch of ceiling joists "hanging" in empty air (where the current ceiling is), and another new ceiling about 60cm lower - where we have placed a new, non-loadbearing ceiling.

So the plan is, room-by-room. Our house is not a "paint the walls and it'll be pretty inside" kind of a house. We have to gut the rooms. Remove flooring, ceiling, scrim walls. Replace all electrics. Replace windows (my husband will probably build our own timber windows, out of cedar. We'll see, have to try it out to know if it'll work.) Install new walls, ceilings and floors.

Basically, we want to do it properly, so that once done, it does not have to be done again in a lifetime.

Though to be honest, it probably will take a lifetime! Haha. I may know my future kitchen layout, but I ain't getting it anytime soon. 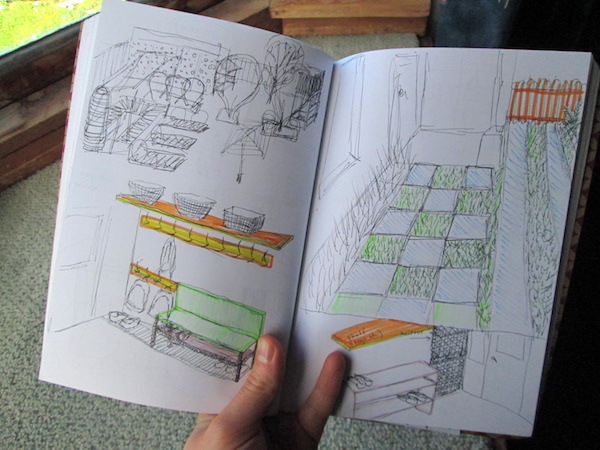 Because first, I have to graduate this goddamn polytech (and go back to writing assignments, not blog posts), and head into full-time work. Already had another job interview this week, and with a very exciting company. As in, VERY exciting company!

PS. In-between that there's a whole bunch of smaller jobs like greenhouse, drainage, deck etc, but I haven't gone into it, because it reallllllly becomes a wormhole. I have an encyclopaedia of jobs that we need to do on this house.
Posted on 4.9.19