To measure oneself not by the numbers on a doctor's computer screen - not by the images of a brain on a radiologist's printout, not by the orthotic braces supporting an ankle, not by hearing aides attached to the side of a head, not by the amount of pills swallowed before bed - but by what the body is capable of.

I've known for years that one day I was likely going to see these numbers on a glucose meter, but nevertheless I have a process of grieving to go through. To re-learn to measure my health not by the markers on blood test results, but what my body is capable of, and the places it'll take me. Regardless of what I need to get there.

I'm okay. Sad, pissed off and tired, but okay. 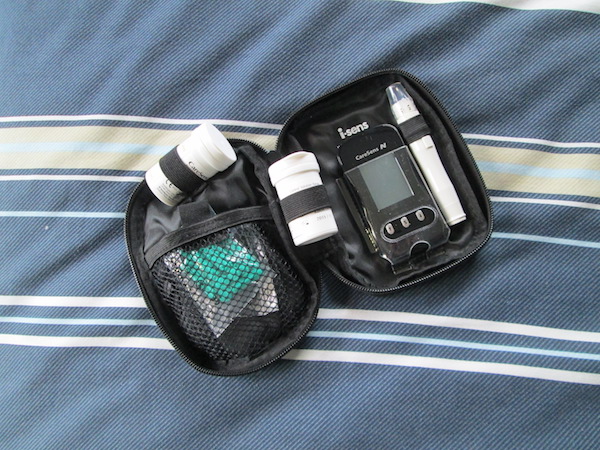 "Where'd you hear THAT from?"

Great. I have a human-induced climate change denier at my workplace. A religious one at that. Seems to be, at least in part, a denier because of the religion.

The Distinct Burden of Being A Climate Scientist

It’s the End of the World as They Know It - The distinct burden of being a climate scientist
https://www.motherjones.com/environment/2019/07/weight-of-the-world-climate-change-scientist-grief/
Posted on 24.7.19 No comments:

Which makes it especially comical when a 19-old-boy, has come to polytech directly out of high school I think, starts giggling loudly when we watch a plumbing and drainage installation video.

Apparently, he still can't keep a straight face when sentences "let's lubricate this end" and a word "penetration" are used in a construction context.

And in case it's not clear, according to my tutor, quantity surveying feels like that bear cub in the video feels: climbing up a too-steep slope, over and over and over again, until finally... it's done.
Posted on 22.7.19 No comments:

I wish I had a camera to show you the setting: an otherwise empty computer lab - aside from me and my stuff spread across two desks - Coldplay's "Everglow" blaring on the speakers, tangy smell of an apple I've just eaten, architectural plans and pens everywhere.

I am working on my next school assignment. This time, it's a large manufacturing facility next to an airport runway. I am tasked with choosing a good 'building envelope' for it, given that it has to block out a lot of noise from the planes, keep the building cool in summer and warm in winter, be easy to maintain etc. I am trawling through websites of Xflam, Volcore, Pyrotek, tracking down acoustics engineering values, R-values, trying to figure out if I can 'sandwich' a noise barrier between two insulating panels (would it even work?).

If you are interested in seeing (some of) the stuff I do at school, please head over to my Instagram account at https://www.instagram.com/allthingsqs/ . It's not everything, but it'll probably give you an idea of what quantity surveying is.

And here is 'Everglow'.

School holidays are almost over

It takes about 2 weeks to get used to spending time with kids all the time. Ironically, school holidays are only 2 weeks long, so by the time I get the hang of it, they head back to school.

Five more months, Maria, five more. And then it'll be over.

PS. Don't quote me on this yet, but I am considering... continuing studying next year. :/ Not quantity surveying any more, but on the architectural technology side, and not full-time, just part-time, one 4-hour class a week. I want to learn to draft well by hand and SIT has a very good tutor teaching it at the moment. And then semester after that, maybe, to learn to use Revit well.

*says the girl who already has 2 Bachelor's degrees and 1 half-done Master's, and is about to graduate with a diploma. Not sure if it qualifies as 'addicted to learning' but here we go. :/*
Posted on 19.7.19 1 comment:

Does a rabbit cost more than an internet cable?

A friend bought a (domesticated) pet rabbit. You know, like, a house-trained kind - the sort that poops in a litterbox (like a cat) and that can be snuggled with in front of a TV in the evening. A cute thing!

That same friend also learned that, apparently, even domesticated pet rabbits chew through internet cables if given a chance. Even if those internet cables are nailed into bottom of skirting-boards :)

Other words my kids mis-pronounce

Instead of "animals" they say "aminals".

After 7 weeks of illness (whatever the heck it was, flu, cold, upper respiratory & sinus infection, call it what you like), it is finally going away! I AM FINALLY STARTING TO FEEL LIKE A HEALTHY-ISH PERSON AGAIN!

It is such a relief. Or shall I say: it is such an amoxicillin.

I know some countries struggle with over-prescribing of antibiotics and that, cumulatively, such an approach builds on the already existing problem of antibiotic-resistant bacteria. But in my family, and in the practice of my GP, it's luckily the other way around. We try not to take antibiotics.

However, after 7 weeks of what felt like the most strenuous, ongoing, frustrating, draining case of "common cold" which, at the end, gave me such a frontal sinus infection that I felt like my eyes were bulging out of my face (not to mention the whole row of my upper teeth which hurt every time I crossed a kerb on my bike), we finally went on a 10-day course of amoxicillin and...

Oh. My. God. This is so spectacularly, splendidly awesome that I bend down to tie my shoes and it does not hurt any more. I no longer get bleeding from my upper sinuses. And when I blow my nose, my sinuses do not equalise through my tear duct.

In the course of this illness I have also learned that, apparently, I have a deviated septum - which probably played a role in not being able clear this cold. Having never broken my nose (as far as I'm aware), I can only assume that the genetic composition got passed down from my grandad. I mean, judging by the outside appearance of the nose, anyway :)
Posted on 3.7.19 No comments:

How to pronounce spagetti

I am going to be a little sad when my kids no longer say 'pascetti' instead of 'spagetti'.

The things people will remember you by

My husband picked up Heather Armstrong's book I brought home from the library.

Me: "It's that blogger I've followed for years. We've talked about her."
Him: "Nah, doesn't ring a bell."

Then a couple of minutes later:

Him: "WAIT, IS THAT THE WOMAN WHO CAUGHT HER DAUGHTER'S POOP IN HER HANDS?!"
Me: "That's the one."
Him: "Oh yeah, now I know who you're talking about. Cool."

And by the way: the book is pretty readable. It does make me think though, holy hell, Heather, no wonder you're so high strung given the sort of stuff - amount of stuff, really - you do in your life but, hey, we all choose our own ways to live, yeah?, so you're alright. I do feel sorry for you, though, most of the time.
Posted on 1.7.19 1 comment:

There is a family who have recently completed the Te Araroa trail (3,000 km) in its whole length with two kids.

https://www.nzgeo.com/stories/the-longest-walk
Posted on 1.7.19 No comments: