I may be on the beach, and it may be sunny, but this is so totally not beach weather. 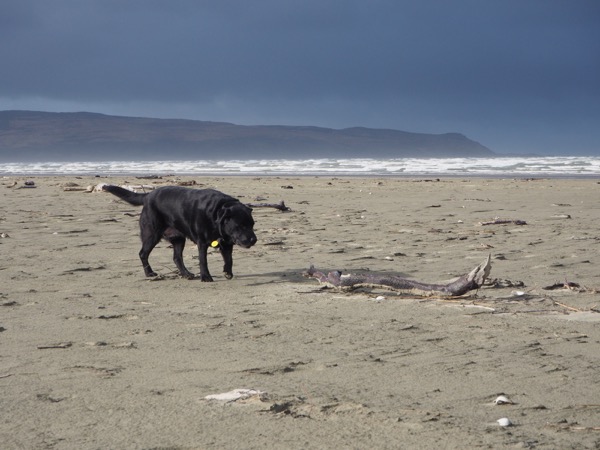 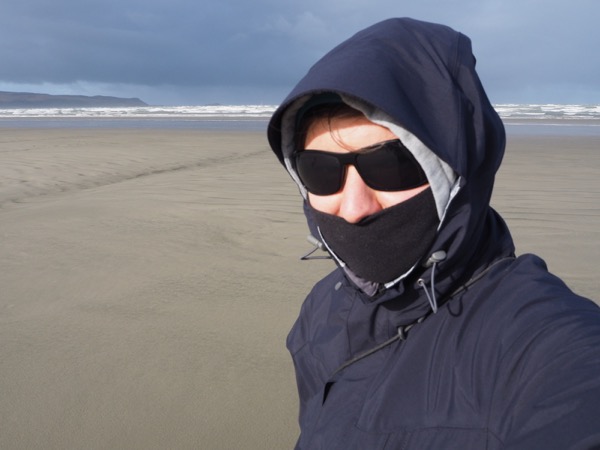 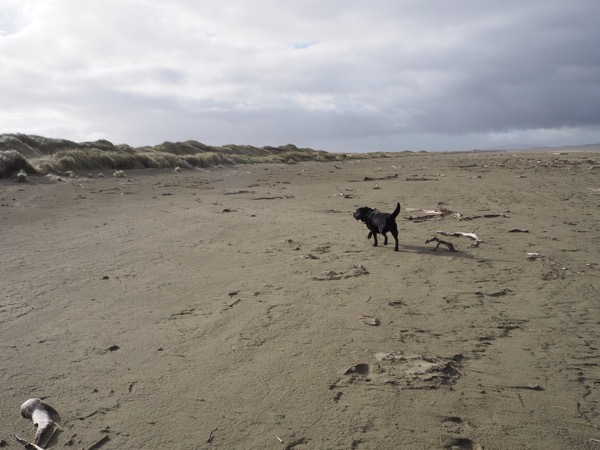 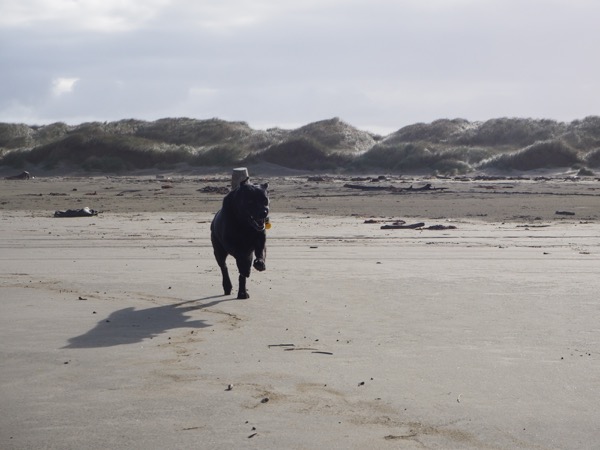 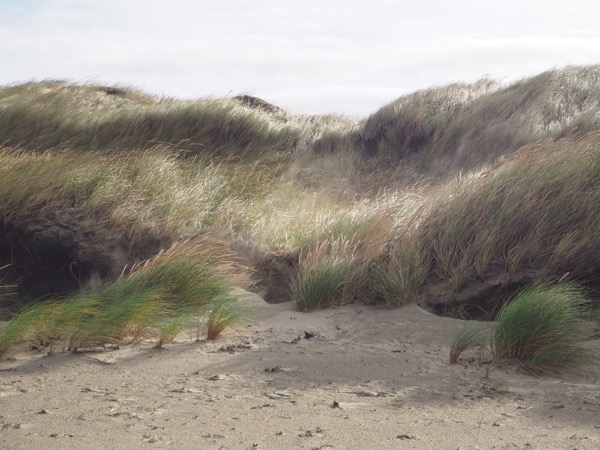 On the sense of loss of control

For me, one the main challenges that has come with the onset of parenthood, is a profound sense of loss of control.

Sometimes, it is the most mundane things: going to bed by 10 pm and expecting to be able to sleep until 6 am, but instead being woken up by 4:30. Expecting kids to be in bed - and asleep - by 7 pm so some work can be done afterwards, but instead finding myself arguing with a 5-year-old at 8:30 pm over whether it's safe to bring plastic beads to bed, and not getting any work done at all. Expecting that a drive will take 1.5 hours, but instead it takes 2.5.

Thinking that a meal will be eaten by everyone, but instead a major fuss is put up by the youngest members of the household. Expecting that, surely, if we start heading out the door at 8:20 am, we'll at least (!) be out the door by 8:30 am, but we're not. Some of the simplest things, which pre-kids I would not have given a second thought, become major projects. Things I expect to have some control over, turns out, I don't.

It's not unlike what I've seen people who've been struck down by illness or disability, describe their journey to adjusting. I understand, by the way, that it may sound very insulting that I compare becoming a parent to, say, having a leg chopped off in an industrial accident.

But there are some genuine parallels. It's the realisation that something which, pre-change, seemed easy and straightforward - like a 5-centimetre door threshold which, once a wheelchair is involved, becomes very difficult to cross, whilst on foot it often doesn't even register it's there.
Posted on 21.2.20 No comments:

Have you heard a term "trophy wife"? I think it's when someone has a wife they get to brag about.

Well, I have a "trophy husband", because I brag about the cool stuff my husband makes. 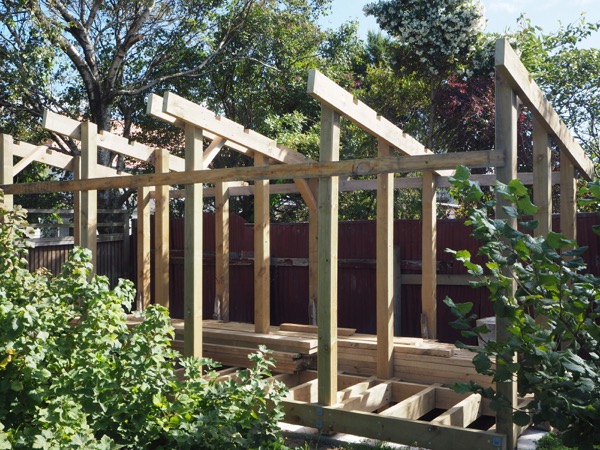 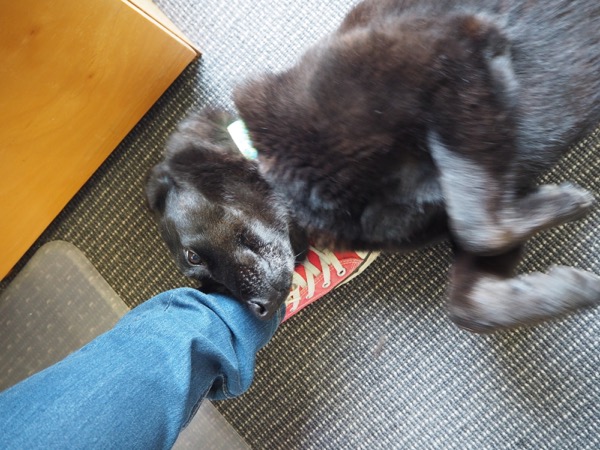 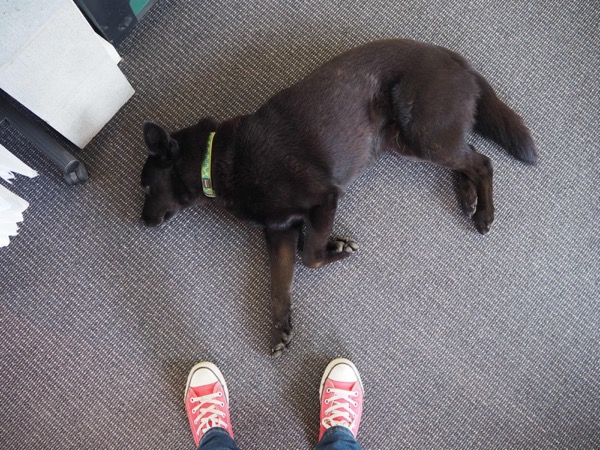 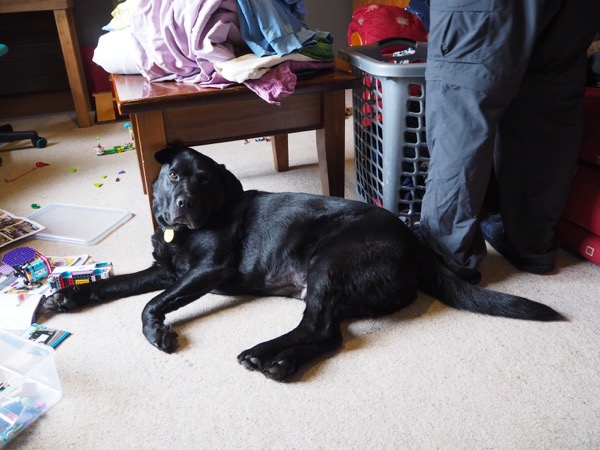 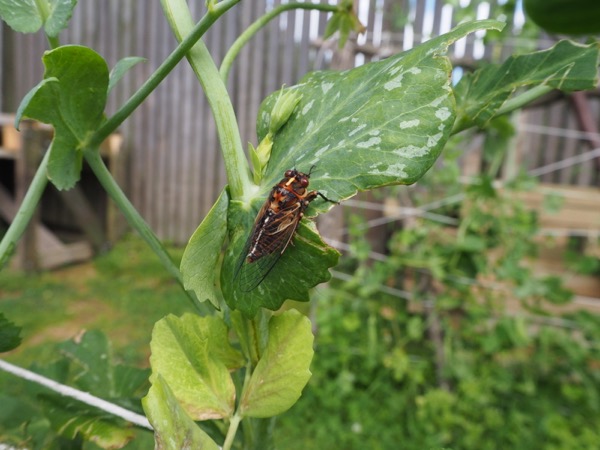 A cicada I found in the back yard. According to a rather knowledgeable friend, it's a yet un-named species.

"It's a cicada belonging to the genus Kikihia. From what I can find out its probably a member of one of several yet-unnamed local species, and most likely the one being tentatively referred to as Kikihia 'murihikua' (which is not yet a formally validated name, but is just what the researchers are intending to call it), which ranges from Stewart Island to Mt Cook, mainly in shrublands and grasslands including gardens." 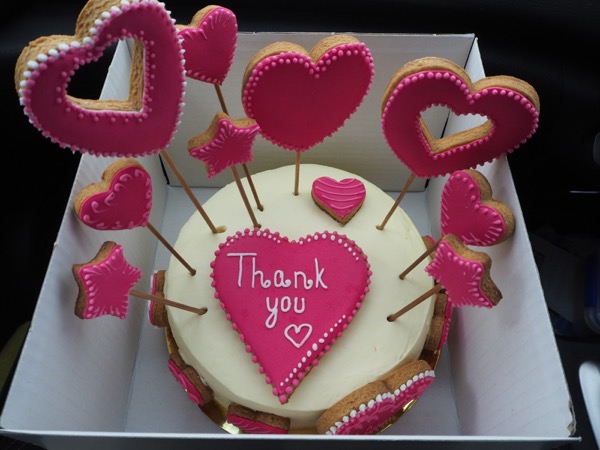 A cake that was made for our family for helping someone. 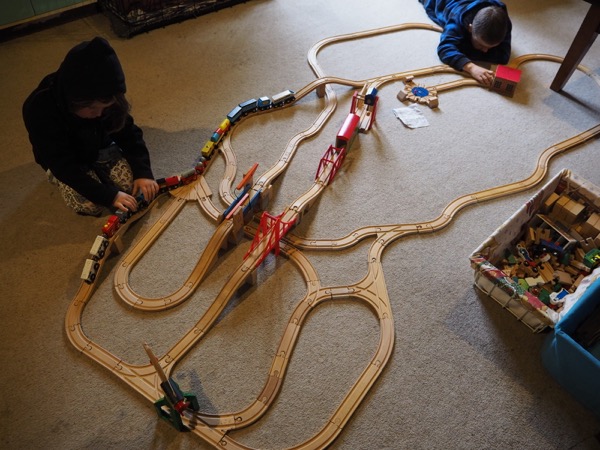 You guys should be grateful I am not an engineer who designs actual railway junctions. Because if I were... Geesh.
Posted on 19.2.20 4 comments:

Last year, I joined the New Zealand Greens. As in, I became an actual member of a political party, for the first time ever.

Mostly, I wanted to see how the organisation worked, and how its policy was made. I'd been seeing it from the outside for a while, and was already a Greens voter, but I wanted to see what it looked like from the "inside", so I paid the $30 membership fee, filled a form, stuck a little sticker on our mailbox and... sat back to watch.

And whilst it feels weird to say it... I like them from the inside even more than I did from the outside.

The most important discovery for me was, every single position in the party is filled by two people. From the bottom up (rural groups) all the way to the top levels (party leadership), every position is filled by two co-conveners. Male and female. Old and young. Pakeha and Pasifika. Straight and gay. Each position is filled with two different people to bring in diversity, to reduce power of single voice and to almost... "force" people to make decisions together. Always having to share and cooperate.

It may not look like much, but it is so fundamentally... ideology of sharing. Understanding that it's a shared planet, shared environment, shared space, shared food, shared resource, shared... everything. That no matter the decision, it will always have an impact on at least something/someone else outside of the decision-maker, so the fact that the Greens have woven this so deeply into their organisational structure, I was kind of blown away by it, to be honest
Posted on 17.2.20 No comments: